this year I have a really big bag for you.
but you know you'll have to wait some more days..
meanwhile you can listen to it over at Soundcloud.

Good! Christmas is over, now the gifts have to be explained!

But first, I'd like to thank sharc, because without his BCM CLM modular shell, which I used as a kind of development environment, the audio rate Sequence Clock (which is the 'heart' of the xMas devices) wouldn't have been possible.

Ok, Cwm xMas package: what's in?
-SyncStep: an 'all-in-one` solution for rhythmical purposes, including sequencers, syncable Lfo and Synth engine.
-RackSynth: a synth which` envelopes, pitch, filter and volume can (if wanted) be controlled from 'outside', using the devices below
-Control Sequence B, N, U: putting out signals for the RackSynth to modulate Pitch, Filter cutoff and volume in a rhythmical manner
-Gate Sequence: produces gate signals for the RackSynth
-SeqClock: outputs a clock signal for synchronizing the Control and Gate Sequence devices

I'd like to start with the SyncStep because it integrates more or less all components in one device, with some specialities.
Features:
-Polyphone audio rate sequencer with Gate-, Note- and two Control-Sequencers.
-Sequenced Adsr, Ad and Lfo as modulation sources.
-Synth part with Multimode and waldorf OSCs.
-Multiple modulation destinations for Sequencers, Adsr, Ad and Lfo.
-Synth section, Gate, Note, ControlU and ControlB sequencers have Preset Lists of their own.
-Can be played like a normal synth too ('ModVca' = No Modulation, no usage of Sequencers as modulation sources).
Connections:
MidiIn, ext (instead of M-OSCs waveforms an extern signal can be used (but not pitchmodulated)), MidiOut, outL+R, clock out.

General hints:
-the little boxes near sequencers and modulation sources show if and what for they are used. In case of GateSeq, SeqADSR and SeqAD are always lit because GateSeq is always connected to SeqADSR and SeqAD envelopes.
-bluish textboxes indicate that this parameter can be controlled by one of the internal modulation sources (sequencers, envelopes, Lfo).
-if something is cyan-colored, it is a button/switch.

From top to bottom:
On top of the device, besides the name, is a visual control of the clock (can be turned off), right of it Preset name, Number of Voices (Polyphony), and Preset buttons for all Presets or Presets just concerning Synth parameters.

Below, left side, are controls for the MVCs and the sequencer clock.

There are two MVCs (MidiVoiceControls):
The Trigger MVC is responsible for synchronization to your DAWs tempo.
Whenever a note is sent to Syncstep on Trigger MVC's Midi channel, it will start the sequence, according to the Clock (see below) tempo. It doesn't matter which note it received, it's just triggering the sequence.
The Synth MVC is for 'playing' the sequence with the keyboard. It includes Pitchbend Range and Portamento controls.
If both MVCs are set to the same Midi channel, the sequence will start everytime you press a key (default setting), with the pitch level according to the key you played.
If different channels are used (for example trigger note is played on DAW on Ch1, pitch is played on keyboard on Ch2), you can change the pitch while the sequence is running.
SoundCloud demo
Between the MVCs is the Clock department: Here you set Bpm (if you push the 'Bpm' button you can set a distinct tempo, measured in Herz), Start bar (1-16), Divider (Double, single, or half speed), Length (1-16), Swing.

In the middle section are controls for the various sequencers:
On top is a gate sequencer, followed by a Note,an Unipolar and a Bipolar control sequencer.
The Gate Sequencer controls how often and when the SeqADSR and SeqAD envelopes are triggered. If you're using SeqADSR in the 'ModVCA' section of the Synth,
you can also set the length of each step: for all steps if 'Fixed Step' is selected, or for each step individually, when 'Individ.' is chosen. In this case,
use the little potiometers below the Gate buttons.
The Note Sequencer controls the pitch of the sequenced notes. Range is -/+ 24 notes.
Underneath are controls for individual Slide; again, there's also a 'fixed' button for general Slide control.
ControlSeqU / ControlSeq B are sequencers for step-by-step modulating pitch, Osc PulseWidthModulation, Waldorf Wavetable start, filter cutoff, Volume, Pan, and Fx feed.
They have global controls for step length, glide, and gain.

Top right are controls for SeqADSR, SeqAD and Lfo.
SeqADSR and SeqAD are always connected to the Gate Sequencer, hence the name.
These are general modulation sources for amplitude, pitch, filter, etc.
The LFO is available in unipolar and bipolar output variants.
-it has three retrigger modes: Off, MVC, Gate Sequencer.
-it's tempo can be synchronized to the Clock ('synced'), or freely chosen (knob').
-Besides controls for Tempo, Waveform, and Phase there is a second set of controls (hit 'M-LFO'): Pre-Delay and Fade In.
-Lfo amplification and tempo can be modulated by SeqADSR, SeqAD, ControlSeqU and ControlSeqB. The 'Gain' knob at the same time works as an amplification offset control.

SeqClock, ControlSeqU, ControlSeqB, ControlSeqN, GateSequence:
If you're familiar with Modular, you know what these devices/modules are for.
If not: SeqClock outputs a synchronization signal to sync the mentioned Sequencer devices.
In Scope's Routing Window, connect the SeqClock's Clk output to the Clk input of e.g. a ControlSeqU device.
Then connect the CtrlSeqU's ctrl output to the cv1 input of RackSynth.
For visual feedback, connect also the SeqClockVisualizer's clk input to SeqClock's clk out.
Switch all three devices on (top,right), and you can see the Clock's time position.
In RackSynth, choose Cv1 as modulation source of the LpFilter, turn cutoff down and CfMAmt up.
Change some of the 16 knobs of the ControlSeq device, and you'll hear how Filter Cutoff is modulated.

Seq Clock is a device which just produces a clock signal for the Sequencer devices ControlSequ, B, N, and the GateSequence device.
-It needs a Midi note signal (any note will do), to trigger the correct sequence start.
-Furthermore, the correct Bpm tempo has to be set (according to your DAW's tempo).
-In Scope's Routing window, connect the SeqClock 'clk' output to any of the above mentioned Seq devices' 'clk' input, and they will produce synchronized controller or gate events.
-If you connect it to SeqClockVisualizer device, you can see the approximate time position.
-you can set the start bar ('Start Ph.) from 1-16
-you can set the length of the sequence ('Length) from 1-16
-you can multiply, or devide the tempo by setting 'Divider' to 2 or 1/2
-the device is set Off by default to avoid auto-connection to a mixer channel: turn it On only when you're sure you won't hear this very low frequency signal by yourself -
it's only for sync purposes.
The ControlSeq U, B, N, and Gate Sequencer devices are devices which doesn't produce sound, but controller messages.
Like SeqClock, output is turned Off by default to prevent ear or gear damage because of low frequency signals.

Wahoo! I always look forward to your releases, Roy.

My eyes are getting older. It looks so blurry. I guess I need new glasses.

Good news to go thru the most bad moment of the year ! I hate chrismas/new year, days shorter in winter but after that, they'll go longer thanks to you, Roy !

haha Roy you are such a tease! Merry Christmas!!
Top 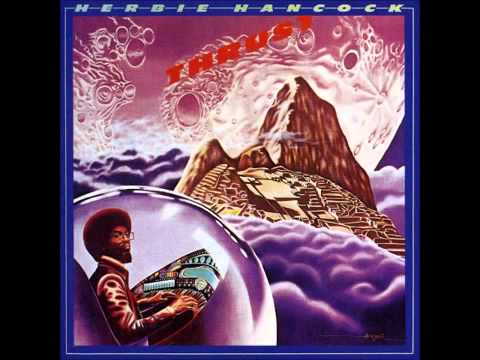 What a blisterin' Christmas this will be!
Top drawer, RoyT, top drawer
Top

An exciting year in all areas but this has been a great year with Ocean, dna, royt, relabs.

Ooooh... Have you been good boys and girls this year ? Mmmm ? Do you really deserve any present ? Little baaaAAad booOOooy ! 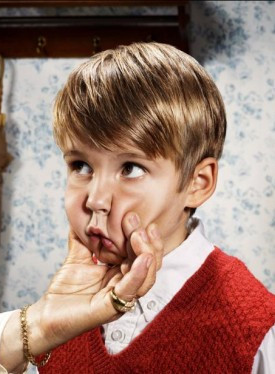 3 gifts?
you missed the little ones hanging in the tree Jopo! 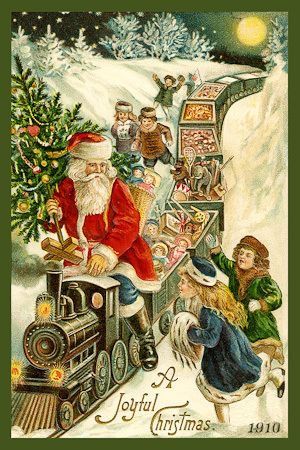 Thanks Roy, look like really interesting devices. Love the pictures. Thanks again and merry Christmas.
Top

Roy ! Do you work in merchandising ? If you don't, you should ! You gonna be rich ! At least more than making merchandising for free stuff ! Your method worth millions !